This Sunday night Coffey Anderson is returning to Cornerstone. The last time he joined us at Cornerstone we sold out, so come early! You don’t want to miss Coffey in concert. Doors open at 5pm and the concert will start at 6pm. Our own Splitting Cedars youth band will open up the concert. Tickets are $7 at the door. 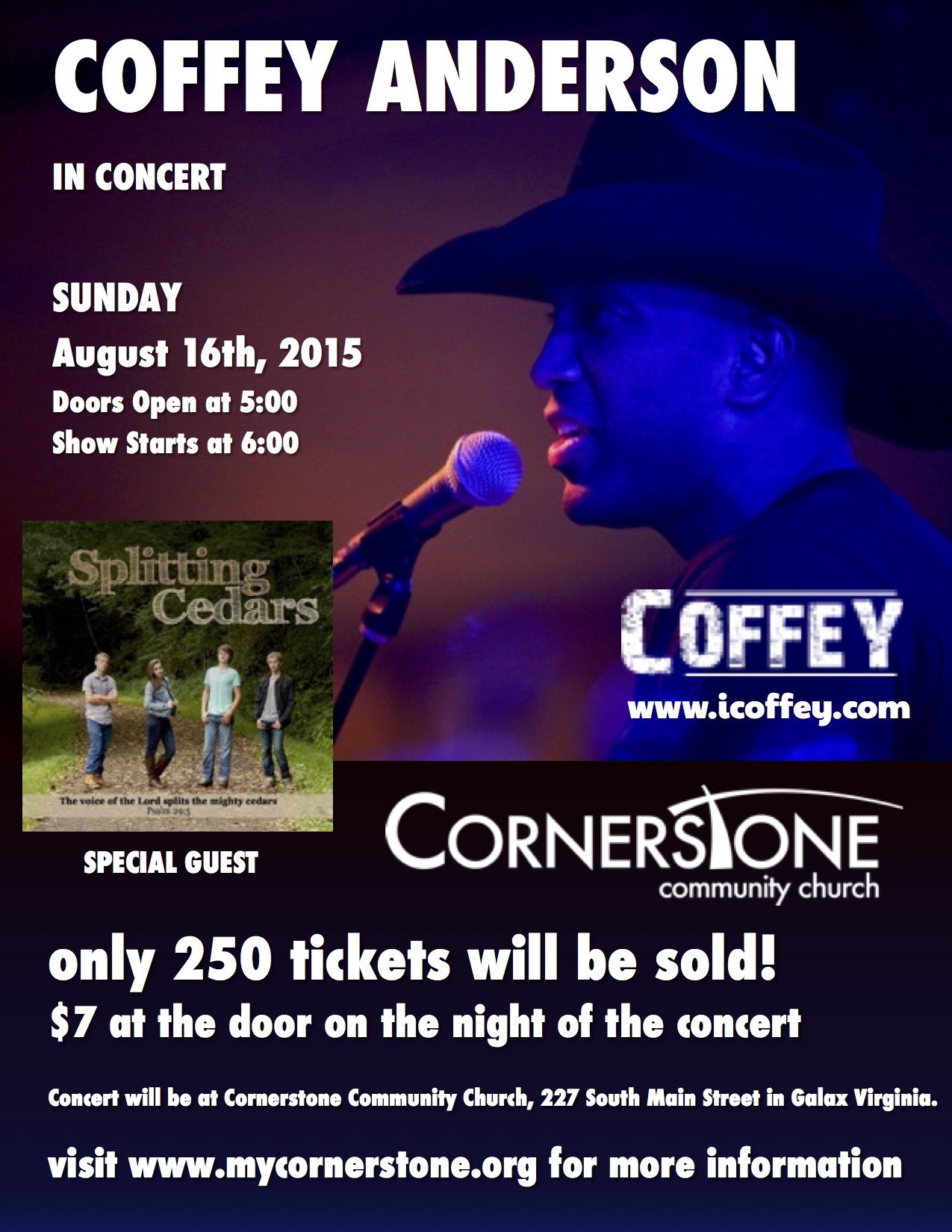 Coffey uses music, comedy, and his personality to bring a spirit of joy and excitement to those around him. Coffey, Southern Man, standing at 6’5″(without his hat), Coffey has a stage presence along with a voice that is bar none one of the best in country music! In 2008, Coffey was awarded 3rd place out of over 52,000 contestants on NBC’s Nashville Star. Currently he has over 300,000 downloads in iTunes downloads (without a record label), over 40,000 You Tube subscribers, 100,000 Facebook likes, over 31,000 Twitter followers and over 15,000 Instagram followers! Coffey is constantly touring. He’s on stage, rodeos, fairs, private events, faith-based shows and now a national commercial actor with the likes of Disney, Taco Bell, and Blue Cross Blue Sheild.

Coffey has performed on Fox and Friends, Glenn Beck’s The Blaze, CMT, TBN, NBC, and countless stages making people laugh with jokes, and dance with his golden voice.