Ah, what a week it was. Have you ever had one of those weeks where you can’t seem to do anything right? I (usually) have the best of intentions, but sometimes I can’t seem to please anyone. I could bore you with the details, but the individual stories aren’t that interesting. It was the combined forces, like a perfect storm in winter, which conspired to frustrate and set me off.

I’ll be honest, I don’t handle criticism or rejection well. This week’s frustration led me to think about the many times that I’d been frustrated by rejection. Those thoughts led me to the times when I absolutely deserved to be rejected. Which led me to think about my failures, those times when I’d let others down or hurt them. The truth is, the list of my failures and bad choices is really long. In fact, I once typed out a list of them and when I got to a fourth page, single-spaced, I figured enough was enough! The last item on my list was a dejected, “Failure at everything…”

Now I’m not looking for you to agree that I’m a failure. Nor am I looking for moral support. There is a time for honesty, and I’ll admit I struggle with the failures of my past. In fact, I’ve sometimes relived them so vividly that I broke out in a cold sweat from the embarrassment of something stupid I’d done years ago. How pathetic is that for a memory?

This honesty thing isn’t all bad though. The most important thing I realized is that I can’t balance the scales in my favor. I’m talking about the scales of justice. No matter how hard I try, no matter the good intentions, the random acts of kindness or good works that I do, I can’t balance the scales of justice. That side of the scale that’s weighted down with my failures and stupidity is slammed down hard on the table — there are too many failures and no way to erase or redeem them. Add in the collateral damage to the people that I’ve hurt and it’s frightening — lives forever changed and wounded. It’s simply impossible to balance.

As I mulled over my Failures List, I found myself unable to hit the “Save File” button. I just couldn’t save it. It was then, while my hands paused over the keyboard, that, I felt more than heard a voice quietly say, “With man this is impossible, but with God all things are possible.” Now I’d heard that before and I got out my phone and Googled it. It turns out those words were spoken by Jesus in answer to his closest disciple’s question, “Who then can be saved?” (Matthew 19:25-26).

You know what, I believe what Jesus said way back then applies to me even now. Those words of hope — of God able to do the impossible — they are my only hope. They are my only chance to leave my past behind, let go of that bitter pronouncement of “Failure at everything…,” and move on to a new life that God has for me: one of purpose and meaning, and with fewer regrets.

The apostle Paul said it so well, “What a wretched man I am! Who will rescue me from this body that is subject to death? Thanks be to God, who delivers me through Jesus Christ our Lord!” (Romans 7:24-25).

King David also was a man like us, given to temptation, failure, and sin, but his words can give us the same hope he had, hope in a loving, faithful, forgiving God in whom we can put our trust: 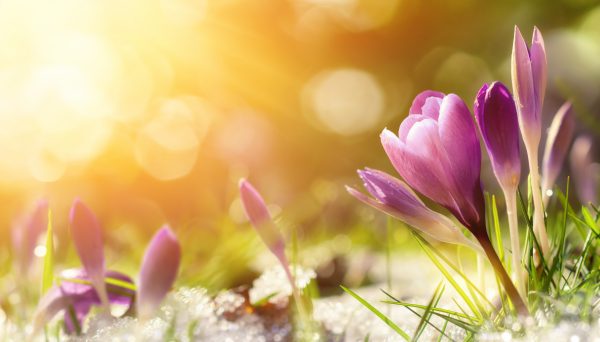 The Lord is compassionate and gracious, slow to anger, abounding in love. He will not always accuse, nor will he harbor his anger forever; he does not treat us as our sins deserve or repay us according to our iniquities.

The life of mortals is like grass, they flourish like a flower of the field; the wind blows over it and it is gone, and its place remembers it no more. But from everlasting to everlasting the Lord’s love is with those who fear him, and his righteousness with their children’s children…”