Freedom. It sounds so good on the surface doesn’t it? 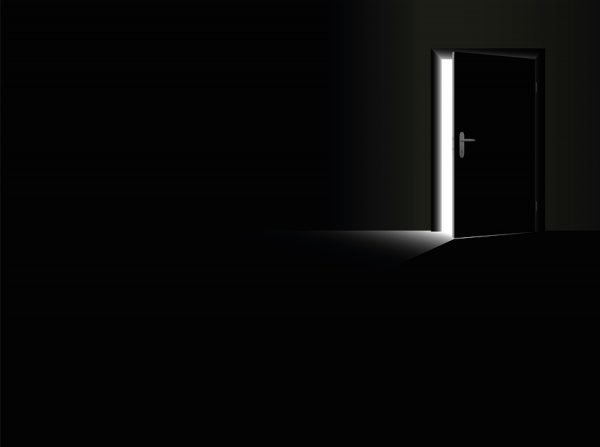 We say we are free, we have freedom, we are not a slave to any man or any thing, but in our heart of hearts do we really even believe that’s true, possible? I ask you to be honest, what holds you captive? Addiction: drugs, alcohol, pornography, sex? Maybe something less obvious: junk food, television, entertainment, gaming, debt? Maybe it’s a diversion: shopping, attention, drama, social media, news? Or something deeper: fear, doubt, worry, depression, control? Or maybe you’re just broken: injury, sickness, disease, abuse? I’ll ask you again, what has made you its slave?

Yeah, freedom. What a great idea. But maybe we are not as free as we’d like others to think? Maybe when we’re just us, alone on the inside with our thoughts, we’re not really sure we can ever be free?

Let me tell you something, listen up close. That’s a lie. That thought, those words, whether spoken by someone else, your own inner thoughts, voices from the outside, whoever or whatever, they’re just not true. What I want to tell you today is that the lie is the lock on the prison where you live. You can have true freedom, you really can, but it does come at a price. “Ah, I knew there was a catch,” you say. Yes, there is a steep price, a heavy price, but the good news is that the price has already been paid.

And he said, “The Spirit of the Lord is on me, because he has anointed me to proclaim good news to the poor. He has sent me to proclaim freedom for the prisoners and recovery of sight for the blind, to set the oppressed free, to proclaim the year of the Lord’s favor.” (Luke 4:18-19)

You see, it’s Jesus we need if we are going to know true freedom. That’s who holds the key. The apostle John saw Him while he was also a captive, “When I saw him, I fell at his feet as if I were dead. But he laid his right hand on me and said, “Don’t be afraid! I am the First and the Last. I am the living one. I died, but look—I am alive forever and ever! And I hold the keys of death and the grave. (Revelation 1:17-18)

You might say, “I’m already a Christian, but I’m still not free from something you’ve mentioned above.” I’ll be honest; I think most of us can say that. Well then, I’m challenging you (and myself) to bang on that door that holds you captive with lies and deceit, old habits and fear, distractions and weakness, sickness and disease. Bang on that door until it’s opened; don’t settle for anything less than the freedom you’ve been granted by what God has already accomplished through Jesus, His son.

“Here I am! I stand at the door and knock. If anyone hears my voice and opens the door, I will come in and eat with that person, and they with me.” (Revelation 2:20)

Listen. Things might not ever work out exactly the way you want in this lifetime, but don’t settle for prison. God’s got a better plan for you.

“I am the gate; whoever enters through me will be saved. They will come in and go out, and find pasture. The thief comes only to steal and kill and destroy; I have come that they may have life, and have it to the full.” (John 10:9-10)

Don’t be deceived or distracted. Freedom is out there for those that believe. Let Him in…